The project aims to serve as a model operation from the viewpoint of conception and environmental quality. The unique landscape scene offered by the WarndtparK site makes it possible to create an attractive park designed according to the principles of sustainable urban planning. The plots are well integrated in the clearings of the wooded area. The specific beauty of the landscape is thus enhanced, biodiversity is well preserved and businesses enjoy an exceptional setting. 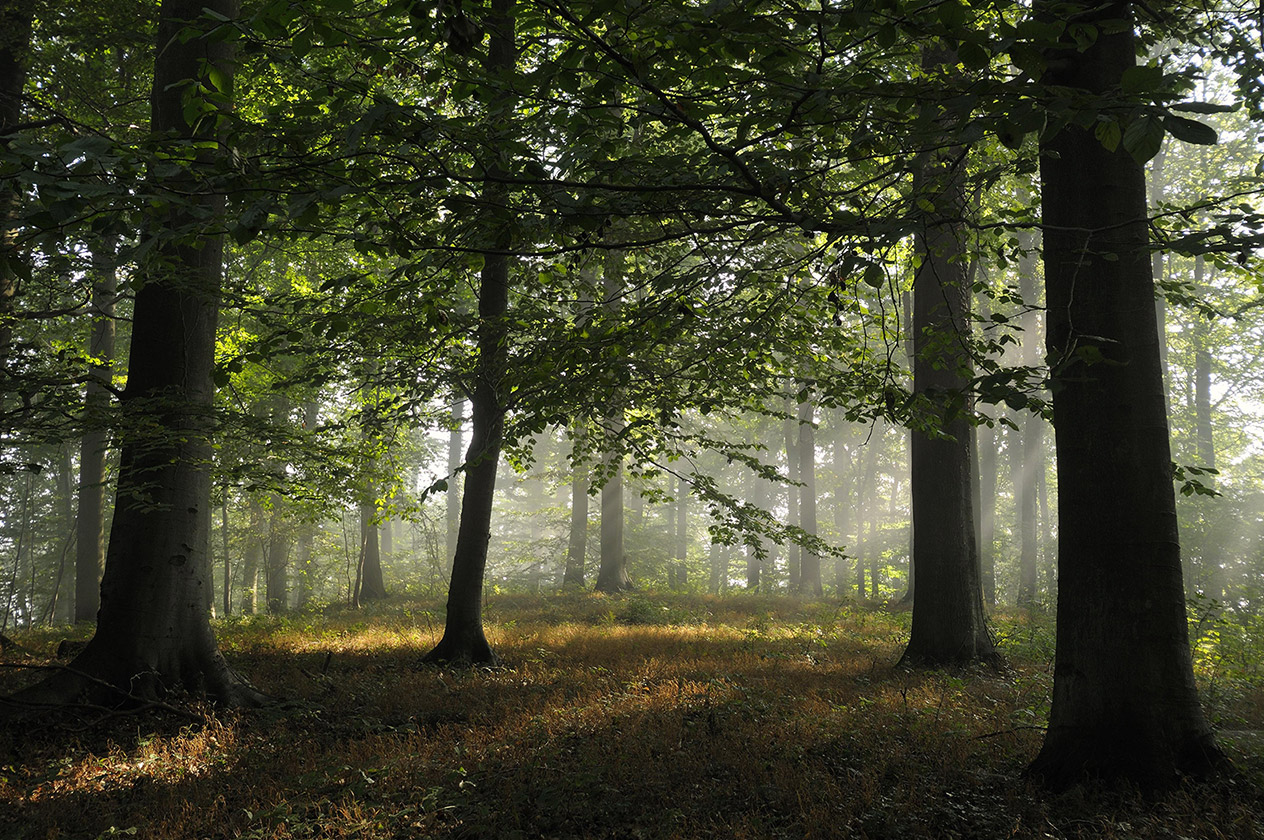 It is located on the Western borderline of the Warndt massif. It is composed of alternating forested and clear stripes shaping up a very special landscape that the project will further protect and enhance.

The rainwater collected within the project are managed alternatively, i.e. without hoses. Water use are operated following its natural cycle to ensure the sustainability of wooded areas and maintain the diversity of animal of species. Planted ditches supports alongside the paths and channel the water towards a series of filtering gardens that enliven the WarndtparK and contribute to the maintenance of biodiversity in the area through the creation of wetlands.

The deforestation plan is very limited and offset by a reforestation program applying to other parts of the WarndtparK ZAC or outside.

In the areas accessible and open to the public at large, special attention is given to ensure a high level of personal safety and the existing woodland is adjusted accordingly.

The “wildwood” forest in low traffic areas is – as far as possible – left untouched. Some of the trees to be felled are left in place and the decaying wood creates conditions favouring the development of a wide range of animal and vegetal species.

The trees having cavities have been identified during the environmental impact assessment as potential abodes for chiropters (bats) and are therefore be conserved, except in case of absolute necessity.

Senescence islets and classified forested areas are created whereas trees in bad health condition on a 20-m strip alongside the forest borderline are felled and replaced by high hedges.

The Warndt massif is a vast wooded area with a wide range of species adapted to the siliceous sandy soil: birch-trees, willows, poplars, maples, beeches, oaks and various conifers. The flora and fauna with their habitats are likewise highly diversified. 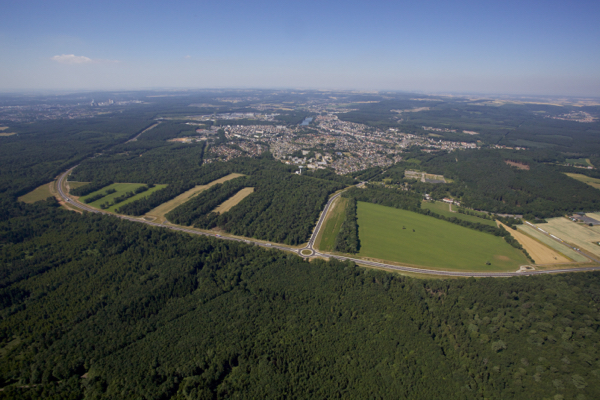 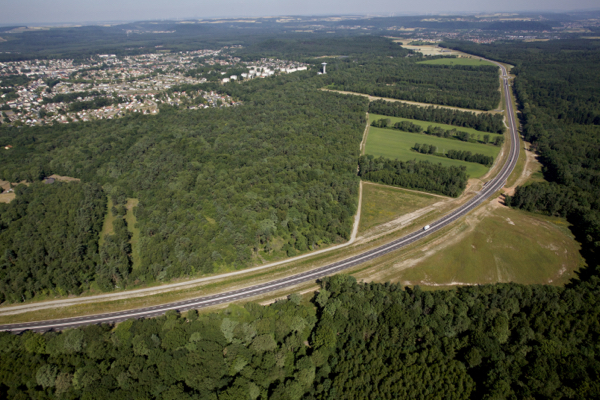 A brief lesson in geography :

The Warndt is a cross-border entity of high geological, geographical and historical value; it was originally covered with a vast forest extending on the territory of both départementMoselle (2/3) and Saarland (1/3) between river Bisten to the W., river Rosselle to the SE. and river Saar to the N. The Warndt area has to date 50 cities and villages.

What is the etymology of the name Warndt, and how did it develop?

Data in several languages show that the origin of the toponym Warndt is closely related to a concept meaning to protect, make secure.

The Warndt as a territory covered with a vast large forest was a privileged place of refuge for the game and human beings came to settle there as it offered security and food for themselves and their domestic animals.

As it was an area shared by two rulers, it enjoyed more control and protection than elsewhere. Loggers and charcoal burners were first to come and settle there to exploit this natural resources and then later develop some small forges.

The oldest reference to a place called “Warndt” is dated 999: it was found in the document by which Emperor Otto III made a donation to his cousin Adalberon, the Bishop of Metz, and refers to the Warndt forest and “Castel Sarabruca”, at a time when the territory was part of the Trier imperial domain.

Traces of human settlement in this large forest (5,000 ha) extending between Saarland and Lorraine are much older than the end of the first millennium: a punch dating back to the Stone Age was found in a clay quarry close to a village in Warndt.

Throughout the Middle Ages, the forest was banned for local inhabitants as it was royal domain: the forest was a game reserve, and its name is probably derived from the German word “verwarnt”, meaning forbidden.

The Counts of Nassau-Saarbrücken inherited the estate in the twelfth century and maintained the ban.

During the ThirtyYears’ War, the whole region had to face major hardships: up to 80% of the population was decimated and most villages were destroyed. Reconstruction after the war was laborious and extended over many years.

The arrival of Huguenot refugees, following the revocation of the Edict of Nantes in France in 1686, gave a decisive boost to the region. The Huguenots created glasswork factories and most of the villages that they founded at that time still exist.

From this date on, the growth of the region is closely related to the development of glass works and the metal industry. The wealth of wood and water resources in the area was the main reason for this development of the glass and iron industry.

The Warndt region has maintained this tradition of being a land of immigration up to the 20th century.